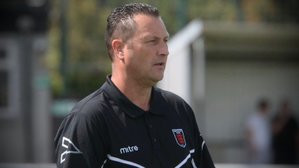 Phil Miles is well known in the world of non-league football having played as centre-half at Faversham from 1988 to 1992 before spells at Herne Bay, Deal Town and Chatham Town.

Phil has a wealth of managerial and coaching experience, he previously coached Chatham Town’s First Team from 2005-07 before joining forces with Danny Chapman at Ebbsfleet, where the pair helped mastermind the club’s successful academy set-up.

Phil is father to Midfielder and fan-favourite, James Miles.